This project is an effort of the Laboratory of Neural Systems, Structures, and Genetics at the Icahn School of Medicine at Mount Sinai in New York City and is funded in part by the National Institute of Health’s BRAIN Initiative Cell Census Network

What are monoclonal antibodies (mAb)?

A monoclonal antibody (mAb) is an antibody made by cloning a unique cell (or coding sequence). All subsequent antibodies derived trace back to a unique parent cell (or immunoglobin gene). mAb is sometimes preferred since it increases experiments reproducibility.

What types of protein targets does your atlas & reference list include?

We include many types of neuronal and non-neuronal protein targets including and not limited to transcription factors, signaling proteins, structural proteins, and various receptors. The only type of neuronal proteins that we are unable to include is small proteins or lipid membrane-bound molecules that are not fixable to the protein scaffold, because our complete delipidation protocols will release those molecules from the tissue.

Does your team produce monoclonal antibodies?

No, we do not. We source our antibodies from a variety of collaborators who specialize in generating new monoclonal antibody clones. These collaborators include the Johns Hopkins University (JHU) / CDI Laboratories, Inc. (CDI) Protein Capture Reagents Program, the UC Davis/NIH NeuroMab Facility, and the Developmental Studies Hybridoma Bank (DSHB). We also source antibodies from commercial vendors.

What sorts of diseases might this method be useful to study?

Changes in neuronal morphology and three-dimensional protein distribution and are associated with neurological diseases such as Parkinson’s, Alzheimer’s, and Autism.

Changes in peripheral innervation patterns can also play a role in disease.

Can I do multiplexed staining?

Yes, it is possible by performing a co-labeling experiment. This is when multiple primary antibodies against different (or even same) targets are introduced to one tissue sample. With standard IHC approach, the primary antibodies must be of different IgG subtypes so that they can be attached to complementary secondaries that are conjugated with a fluorescent molecule in a different color channel. Other approaches like direct conjugation with fluorophore or bar-coding could provide multiplex capacity without this constrain.

Can I do multiple rounds of staining?

Yes, it is technically possible and we are currently developing reliable methods to enhance multiplex capacity with our increasing list of validated mAbs.

The pre-conjugation method protocol requires the secondary antibody, in the form of a Fab anti-Fc antibody, to be attached to the primary antibody before adding the mixture to the tissue sample. Then, the washing step can take place. The benefits of this method are that it provides a reduction in vasculature background. Further, the pre-conjugation method is easier and faster. The sequential method protocol requires the antibody to be added to the tissue first. Then, the washing step takes place and afterwards, the secondary antibody can be added. The benefit of the sequential method is that it provides brighter staining.

Using anti-Fc secondary antibodies is necessary to ensure that preconjugation does not block the antigen binding site of the primary antibody, which is located on its variable arm. In addition, we also make sure our secondary antibodies are Fab fragments. Fab secondaries are small, and each can bind only one primary antibody. Thus, the 1° Ab and 2° Ab complex that is formed, when using the pre-conjugation method, will not cluster and can more easily penetrate the tissue and attach to the protein target. This ease would not be possible if the complex were larger due to using whole IgG antibodies.

Why do we use Fab secondary antibodies for whole-mount?

Fab secondaries are smaller. Thus, they can diffuse into the bulk tissue more quickly and evenly.

What types of tissues can I use?

Why do we delipidate our tissue?

Delipidation serves two purposes: immunolabeling and tissue clearing. Heterogeneous tissues contain layers of lipid membranes (i.e. cell membranes, nuclear membranes,etc.). An untreated mouse brain looks opaque, because different refractive indexes (RI) of membranous scatter >99% light that enters the tissue. For complete delipidation, we use a combination of hydrophilic and hydrophobic solvent, such as MeOH and DCM. After removing all lipids, the tissue becomes a near homogenous protein scaffold. This allows us to use a buffer with matching RI of the protein scaffold to make the tissue optically transparent, so light can pass through (delipidated) tissues with minimum scattering, and therefore enabling 3D imaging. Removing lipids also allows efficient and complete antibody penetration in thick sections or whole mount for immunolabeling.

Can I use your protocols to image transgenic reporters?

Yes. But you will need to perform immunolabeling of your reporter protein (e.g. use an anti-GFP/RFP antibody). Endogenous reporter fluorescence may be diminished by the delipidation and clearing processes. Even in cases where the endogenous signal remains visible, performing immunolabeling can be advantageous. For example, use of a polyclonal secondary antibody will amplify the reporter’s signal in a nonlinear fashion, rendering fine projections such as axons (which typically contain far less cytosolic reporter protein than the cell body), visible in cases where they otherwise may not be due to the high dynamic range of the endogenous signal. See the original iDISCO paper for additional discussion.

Where can I learn more about iDISCO?

Our goal is for this project to develop into a community-supported endeavor. Please reach out to us with your questions, suggestions, or feedback related to our mAb database or technical protocols.

For example: we would love to hear your suggestions of specific mAbs that have worked well in your hands, which we may want to run through our pipeline and add to our database. Alternatively, if you have particular high-interest protein targets for which you have been unable to find working mAbs, your input can guide our testing prioritization.

This database of mAb resource and reference includes experimental data acquired from tissue originating from experimental animal or human brain. Animal tissues are collected in compliance with the protocols approved by the Institutional Animal Care and Use Committee. Human brain tissue was analyzed from postmortem sources and is available thanks to the generosity of the tissue donors and their families, as well as the efforts and partnership of the Mount Sinai Neuropathology Brain Bank.

This work is done at and with support from Mount Sinai CDRB & Neuro Depts., with additional support from the Friedman Brain Institute and Mindich Child Health and Development Institute. 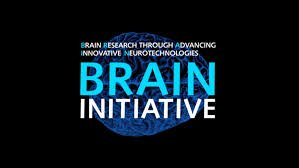 We want to thank JHU/CDI, NeuroMab, DHSB, and other collaborators who share with us the mAb resources at no/reduced cost to curate this resource for the broad community.